‘Where there's a will there's a way’ - We have all heard of the proverb, but Vidya Bharati alumnus of Saraswati Vidya Mandir, Dr. Hedgewar Nagar, Barwat Sena Bettiah, Bihar, Dr. Jwala Prasad is a perfect embodiment of the same.

Born in a farming family of Bettiah, Bihar, Dr. Prasad is no stranger to life’s struggles. He, along with his three siblings had to face tough financial crunch in their childhood, but the challenging situation at home never managed to diminish their will to succeed. Recently Dr Prasad has been awarded Educational Gallantry Award for Excellence in Education on January 2019 Media Group.

Dr. Prasad was an exceptional student since childhood. He was a consistent rank holder during his school days and completed his 10th board examinations in 2003 with 91% marks from Saraswati Vidya Mandir, Dr. Hedgewar Nagar, Barwat Sena Bettiah.  He did his 12th from Science College Patna and his graduation from Hindu College University of Delhi with BA honours in Sanskrit while securing 2nd rank at University level. Later on he finished his post graduation in 2010 and in the same year cleared his UGC- NET- JRF examinations where he was awarded for cracking the examination in his first try.

The year 2010 proved to be a landmark year in Dr. Prasad’s phenomenal professional journey. Not only did he clear his NET examinations, he also started teaching alongside enrolling for his PHd program.

In 2012,  at the mere age of 23, Dr. Prasad was appointed as the Assistant Registrar at Delhi University, becoming the youngest person to hold the position in the entire country, across 900 universities. In the year 2018 he became the Deputy Registrar of the prestigious Jawaharlal Nehru University (JNU), New Delhi, again receiving the honor of being the youngest candidate to hold the position.

Dr. Prasad was appointed as Officer on Special Duty (OSD) to Vice-Chancellor of JNU, Delhi in 2019 and was selected as Deputy Registrar of Mahatma Gandhi Central University, Bihar in the same year. 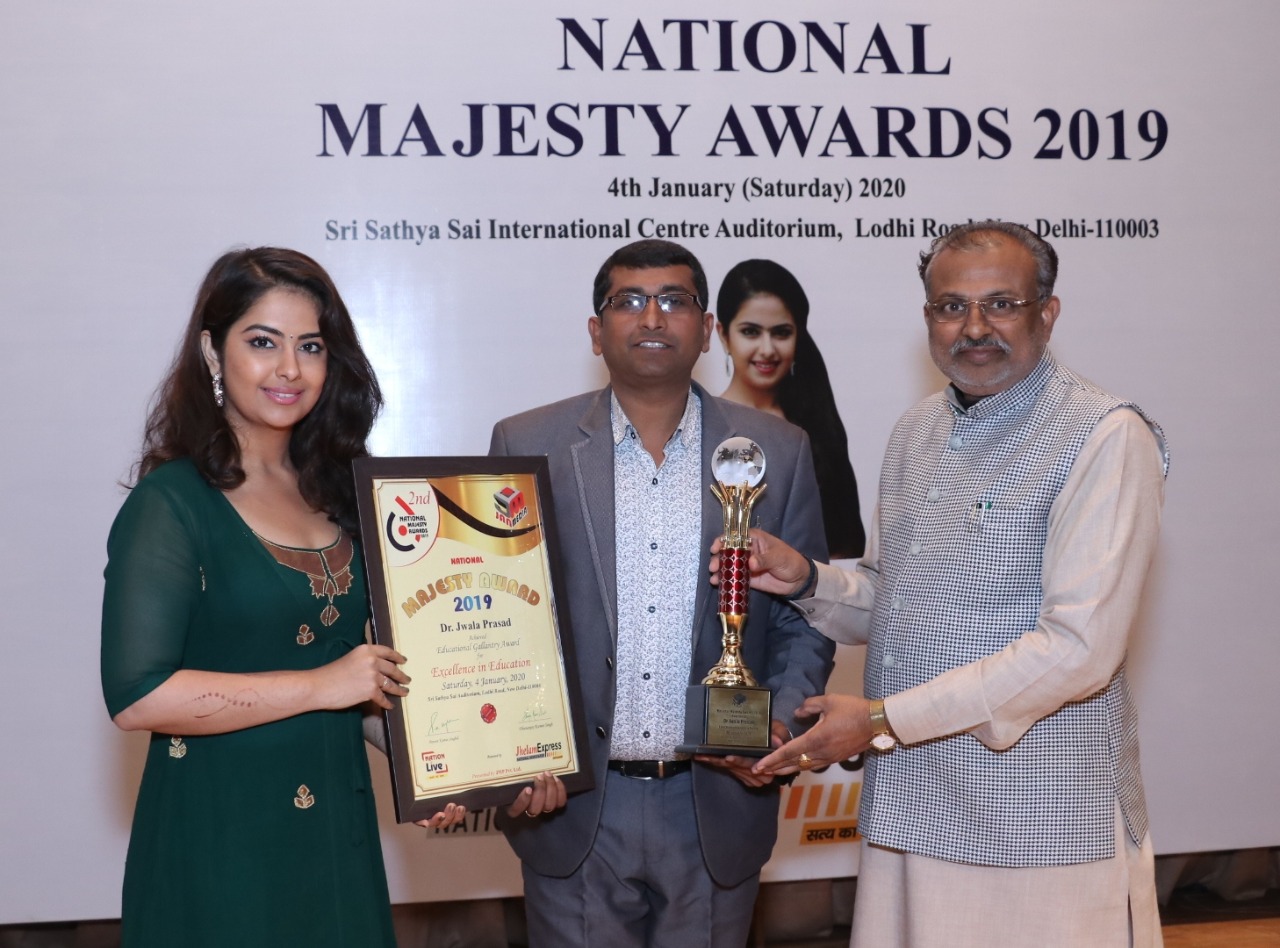 When asked about the impact that his school had on his life, Dr. Prasad elaborated that it was his teachers, along with his parents, that have always encouraged him to chase his dreams. All his teachers hold a place of respect in his heart, especially Shri Jai Kishor Singh, Shri Yogeshwar ji and Shri Bharat Kumar Rai ji.

Dr. Prasad’s story of struggle and achievement is truly inspirational and Vidya Bharati Purv Chatra Parshid thanks him for sharing his journey with the community.

If you are a Vidya Bharati alumni and want to share your story , kindly email us at info@vidyabharatialumni.org and we will contact you back.

Commitment towards his school urges alumni from Rajasthan, Dr. Ram Manohar Gupta to rejoin his school

Commitment towards his school urges alumni from Rajasthan, Dr. Ram Manohar Gupta to rejoin his school