Amit Ranjan Sinha, alumnus of Saraswati Shishu Mandir Jashpur Nagar, is running a conservation campaign to save the existence of Banki river, which is called the lifeline of Jashpur. 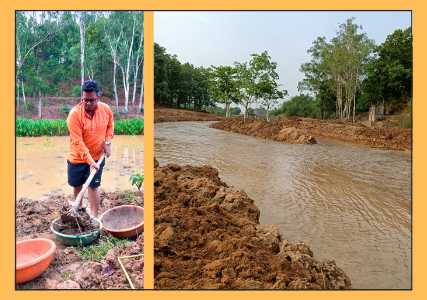 Banki River originates from a place called Sitonga, which is at a little distance from Jashpur. The 18 kilometer long river, which is flowing from village Sitonga near district headquarter Jashpur to village Neemgaon near Jharkhand border of Jashpur, is fast losing its existence due to land encroachment.

“Since few years people started occupying the land on the banks of the river and started cutting trees and diverting the river. Due to this the river is slowly shrinking and is on the verge of drying up completely”, mentioned Amit. 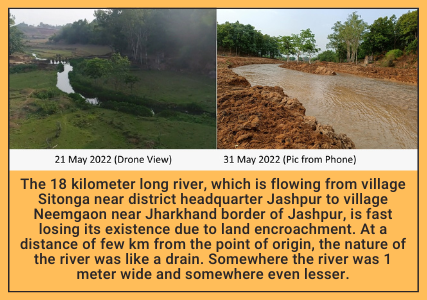 Amit discussed this issue with his 3 to 4 close friends and they held a meeting on 11th May. They decided to run a conservation program to save the existence of Banki River, which is called the lifeline of the city of Jashpur. On the banks of this river, Jashpur was settled and grew during the princely period. Today the condition of this river is very pitiful. At a distance of few km from the point of origin, the nature of the river is like a drain. Somewhere the river is 1 meter wide and somewhere even lesser. It is a matter of concern for all.

“We 3 – 4 people did a meeting and made a roadmap and future action plan. First we decided upon a date and on that day we started spreading awareness through social media. We requested people to gather at a certain place. We also invited the Collector to join us”, recalled Amit. 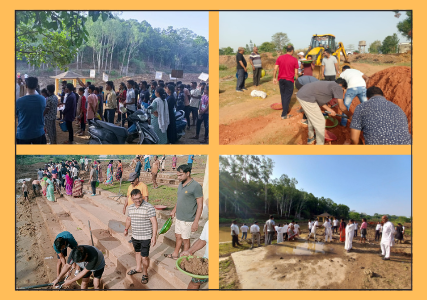 Slowly people started joining the campaign and it took a huge form and became a movement to save the River.  “Our campaign today has taken such a big form that 500 to 1000 people come every day and work to save this river” shared Amit. 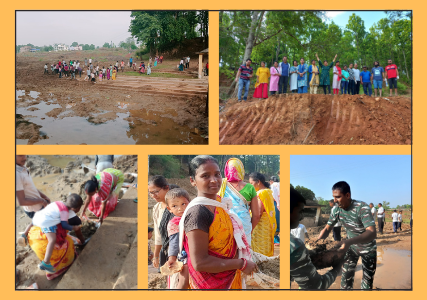 They initially spoke to the government and received no financial aid. Then Amit started calling people and requested them to cooperate. People came ahead and some gave diesel, some time and some money. And when it took a little wider form, then the government also started helping. So far, Amit and his team have not taken a single penny from the government to make the river alive again. 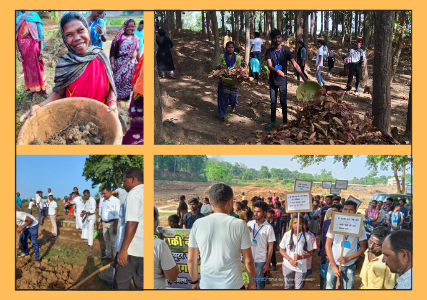 “So far 20000 people have got involved in just 15 days. New people come every day. From 3-year-old child to 80-year-old man, they all come here and work according to their ability. People from the Sangh Parivaar are also helping us”, mentioned Amit.

The Banki River is 18 km long. And Amit mentions that it may not be possible for them to widen the entire stretch. So they have selected particular areas and started working there first. “We are going and working first at the places where there is more problem. Some areas which were less than a meter, we have made it 20 meters wide now”, shared Amit. 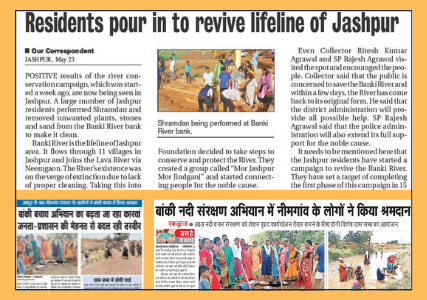 Amit also shared that there are a total of 11 dams on this river. They are also clearing these dams so that the water does not stagnate anywhere.

“We have bathed and played in this river in our childhood. We had fond memories of our childhood with this river, so how could we let it end like this”, shared an emotional Amit.

The campaign has intensified to save the fast shrinking Banki river and people are continuously joining hands with Amit.

Keshav Gupta, a B.Com student who is also a social worker, volunteering with RSS and running a business of Dry Cleaning

Ashish Joshi, a Vidya Bharati Alumni from Pokaran, is fighting for the cause of water by planting trees

Garima Upadhyay, a social worker informing people about benefits of various government schemes and helping them to avail those

Nitesh Semwal, The Vidya Bharati Alumni reflecting love and sincerity towards the society through his work