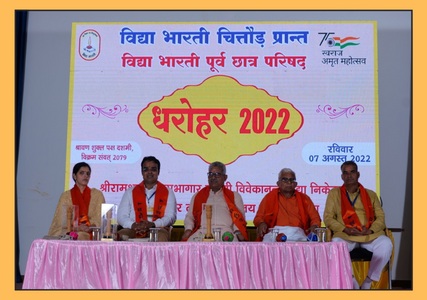 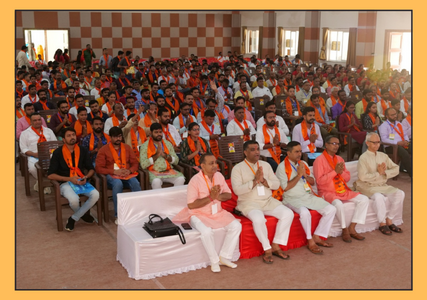 Alumni working in various fields including IAS, IPS, Doctors, IRS, IFS, Engineers, Entrepreneurs actively participated in the program. Rashi Gautam gave a presentation on "India is our mother... to serve her is our duty". While the program began with Saraswati Vandana, it concluded with the National Anthem. 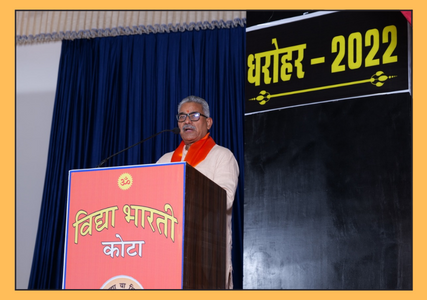 During the program, Dr. Krishna Gopal ji said that the British have destroyed the education system of India. He further mentioned that "The literacy rate in India was 73% in the 18th century, while it was 5% in 1901. That is why during the struggle for freedom, our people set up national educational establishments. Madan Mohan Malviya built Banaras Hindu University, Swami Shraddhanand built Gurukul Kangri, Tagore built temples for education like Vishwa Bharati".

Shri Krishna Gopal ji urged the alumni to repay the debt of the society, father, nature, Gods, acharyas, and sages. He also shared his knowledge on bringing purity in social life and peace in family life. He said that the alumni should form a group and take up the responsibility of educating the entire society with strength. "There is a tsunami of materialism going on right now. This tsunami can be won only with patience", he added.

Gunjan Gupta ji mentioned that there is no justification for learning without culture and values. 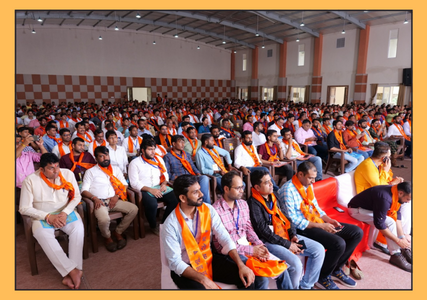 After the program, a meeting was also held with the alumni of the provincial executive of the three Prantas (Jaipur, Jodhpur and Chittor).